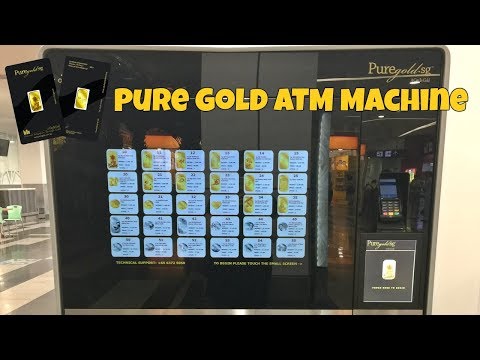 Singapore-based Bitcoin Exchange launches Bitcoin Vending Machine at Citylink Mall
Singapore, 28 February 2014 – Singapore-based firm Bitcoin Exchange Pte Ltd (“Bitcoin Exchange” or the “Company”) today launched Asia's first Public Bitcoin Vending Machine at Citylink Mall at 1 Raffles Link. The Company is the first operator in Asia for the Lamussu Bitcoin Vending Machine.
The availability of Bitcoin Vending Machines has been making waves globally. This launch is a significant development in Singapore which has a fast-growing Bitcoin community. This will contribute to the growth of merchants accepting bitcoins as a form of payment.
“We are glad to be Asia’s first operator for the Lamassu brand of Bitcoin Machines. This user friendly machine allows bitcoin buyers to convert cash to bitcoins in less than 15 seconds. The Bitcoin community in Singapore is growing rapidly and this math-based currency is an attractive option for e-commerce and storefront shops alike. Bitcoins users do not have to pay financial intermediaries like banks transaction fees. This translate to cost savings for consumers. We are happy to bring this potentially groundbreaking technology to Asia and Singapore,” said Ms Zann Kwan, Executive Director of Bitcoin Exchange.
Located in basement one (#B1-K2) at Citylink Mall, the Bitcoin Vending Machine scans a Bitcoin QR code and send bitcoins to the users Bitcoin wallet, which could be a mobile wallet or a printed paper wallet.
Bitcoin Exchange has plans to install more Bitcoin Vending Machines by the end of 2014 at public venues with high traffic flow.
“We are Bitcoin lovers and truly committed to building up the community in Singapore and the region. Our strategy is therefore to remain independent and place our Bitcoin Machines at public venues to heighten the access of Bitcoins,” added Ms Kwan.
The Company is also exploring opportunities to bring the machines to neighbouring countries in South East Asia.
"Bitcoin price volatility has been high, however as adoption grows and the technology matures, most people expect the price swings to moderate," according to Ms Kwan.
Tonight at 7pm on site, there will be a launch party. The media and public are welcome to try out the machine. The first 50 users will receive S$5 in cash and a paper wallet as a way of introducing Bitcoin to Singapore. For media, please kindly contact Zann Kwan at [email protected] for your attendance.
Zann Kwan, CPA, FCCA, CFA
www.bitcoinATMsg.com
[email protected]
+65 9657 8313

[Discussion] Regarding LINE Score (I don't think it's social credit.)

I saw some interesting discussion about Line Score in an earlier thread, and thought I'd write what I knew about it.
For those of you still unaware, LINE is a Japanese Internet service offering... well, lots of stuff. Messaging, social media, wallets (both cash and Bitcoin) can link up with your bank, platform for mobile games, Uber-style ride hailing, manga self-publishing platform, music streaming service, etc, etc. Everyone in Japan uses it. Everyone. Like, it's available on flip phones, everyone. LINE has, for the past few years, offered rewards for participating in promotional events. Say I use LINE during a promotion, I can get a LINE credit, scan my phone at a vending machine, and get a free drink or something. LINE is pervasive in a way even Facebook isn't.
LINE is owned by NAVER Corporation, a Korean mega-corp (irony!) that first became powerful in the Internet space in 1991 after basically single-handedly building the consumer-facing Korean Internet. Recognizing that the Japanese Internet was a different animal, they quickly introduced such services as Matome and established LINE as a tailor-made solution for the Japanese Internet and were rewarded by the market to this day. Today, LINE seeks to expand its influence not just in its home market of Japan, but over much of greater East Asia, including Malaysia, Singapore, Indonesia, Taiwan, etc. (For... understandable reasons, Korea gets a different version called KakaoTalk.)
In the past few years, LINE has positioned itself hard as a fintech company, coinciding with a push by the Japanese government to have Tokyo internationally recognized as the place to do business with digital money. While Satoshi's identity remains unknown, it is a Japanese name. And Japan leads the way in practical applications of Bitcoin, things like fungible and secure digital cash as an alternative to credit cards (very cool), contactless payments (developed there in the '90s) etc, etc. And as the rest of the world catches up with regards to credit cards, the emphasis has been more and more on security, privacy, crypto, that kind of stuff.
Here's where LINE Score comes in. LINE operates a virtual wallet, which can contain cash and the like, as well as links to credit cards. With Facebook Libra and this bullshit going on in the West, Yahoo Japan announced it would, in concert with NTT and Mizuho, begin offering personal loans based on a... personal credit score. LINE, which has partnered with Mizuho Corporation, Mizuho Bank and Oricorp to announce LINE Credit, (think a regular bank) is also now launching a service called LINE Pocket Money, essentially a way to get small loans directly to your LINE wallet. No muss, no fuss; hit "Apply" in the app and get a notification in a few minutes with your approval status and have the funds dropped in right away.
From what I can tell, this score seems to be the equivalent of a very strict loan approval officer who asks to see your purchase history before approving the loan. It does not seem to be anything along the lines of the evil bullshit China is doing where you're banned from buying food if you don't snitch on your neighbors. The things LINE looks at, as well as the uses of the score, seem almost purely financial, no messages, no location, no photo uploads, just purchases and app usage, and do not even take into account cash or Bitcoin deliberately spent from outside LINE, a trivial thing to do.
The extra rewards, from what I can tell, are luxury goods rentals and a chance to see Ni no Kuni: The Movie early, which, honestly, seem like the kind of rewards a high end credit card would give an American for a high FICO score.
Also, if LINE does try some fucky shit here, and starts reading people's secure communications, which they could, I expect the Japanese government and other Japanese mega-corps to get involved right away.
>inb4 LINE shill
Don't get me wrong, I don't like the idea of rewarding users for being tracked; I think it's very creepy. I also think that LINE is more responsible with data than Facebook is and that this ultimately will not lead to the kind of dystopian nightmare we see in China because of how the Japanese economy works. For now.
 TL;DR The Verge is so busy salivating over the idea of Japan being shackled to a Chinese credit score that they didn't pay attention to the goddamn presentation because their Tokyo bureau is some pasty retard with bad Japanese.

Buy and Sell Bitcoin [email protected] Worklor. Note: You can buy bitcoin 24/7, and sell bitcoin during office hours at Worklor. Our office hours is 9:00am to 5:00pm. Find us in Central Singapore in Kreta Ayer/Chinatown. 531 Upper Cross St., #03-11, Hong Lim Complex, Singapore 050531. Direction to Worklor. By MRT: Daenerys bitcoin ATM in Singapore location. //Source: Coin ATM Radar. Coin Republic, a locally-based bitcoin broker launched the first vending machine that allows cash withdrawals in the country. The firm’s machine, located at the crypto-friendly restaurant Bartini Kitchen in Boon Tat Street, was manufactured by US-based firm Robocoin. Speaking about the introduction of the ATM, Coin ... Bitcoin Vending Machine (ATM) Singapore. Bitcoin uses peer-to-peer technology to operate with no central authority or banks; managing transactions and the issuing of bitcoins is carried out collectively by the network. One of the easiest ways to buy Bitcoin in Singapore is through a cryptocurrency exchange. You can refer to our guide on Bitcoin exchanges in Singapore to zero in on a cryptocurrency exchange after taking into account different criteria such as transaction fees, transaction limits, reputation, security, verification requirements, and payment modes. But before zeroing in on an exchange, it is ... Cryptocurrency machine is installed at The Arcade at Raffles Place in Singapore. You can buy and sell BTC for SGD here. Located at the 2nd level along the money changer alley (look for the Bitcoin sign) For further details, call ATM Support during weekdays (10:00 am - 6:00 pm). WARNING!